Technology Business School of the KIT

"The Most Difficult Thing was to Find the First Clients"

Article within the current edition of the KIT magazine lookKIT on information at the Karlsruhe Institute of Technology, Edition 4/2018. The text was written in English, an excerpt is available in German at the end of the text. 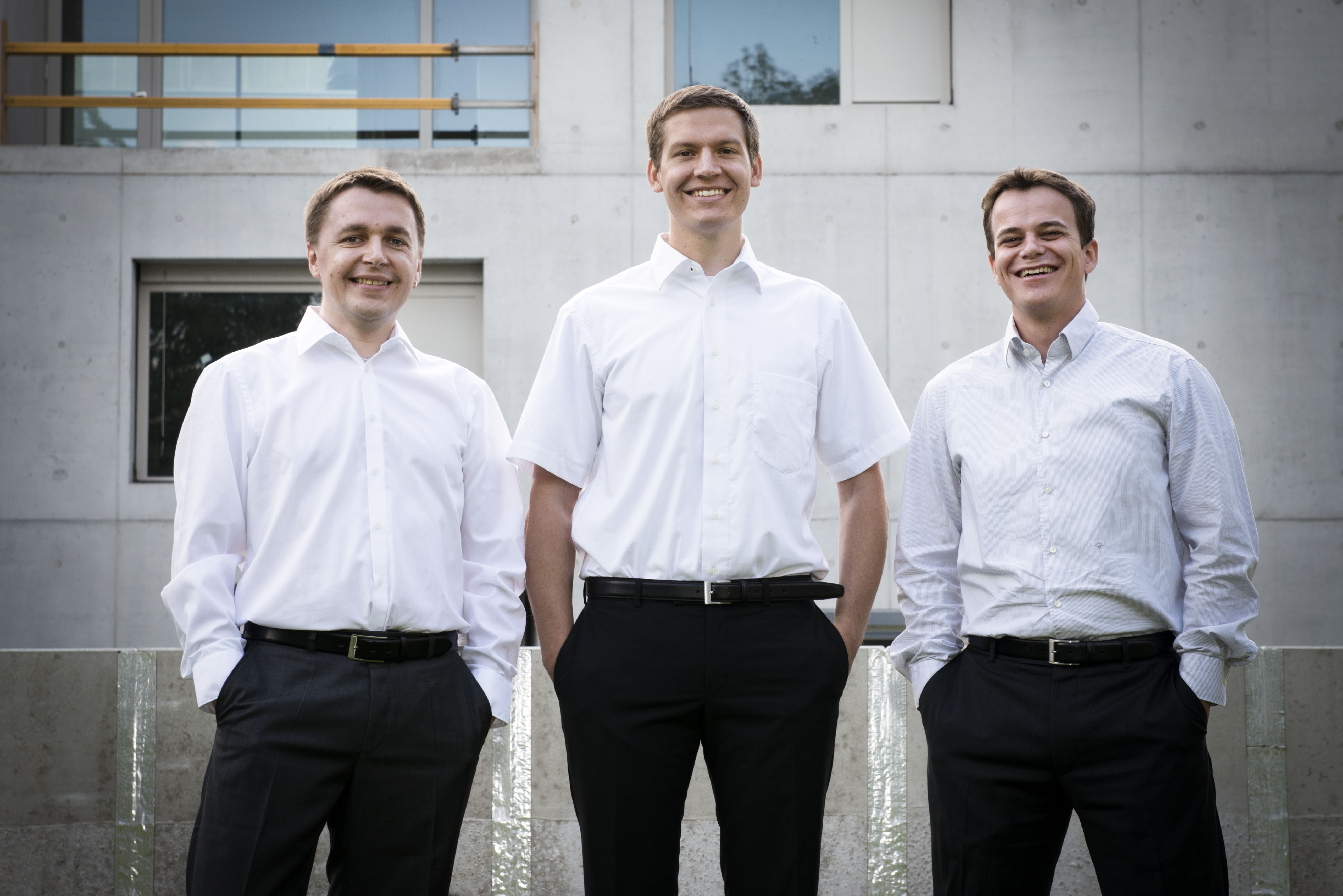 As students and employees of KIT’s Institute for Anthropomatics with Professor Rüdiger Dillmann, Sven R. Schmidt-Rohr, Rainer Jäkel, and Gerhard Dirschl focused on intuitive programming of robots. Subsequently, their spinoff, Arti­Minds Robotics GmbH, has been riding a wave of success since the trio established it five years ago. The founders received several renowned prizes for their innovative ideas, such as the CyberChampions Award of the Cyberforum, a network of entrepreneurs in Karlsruhe, and the Digital Star Award of the news magazine Focus. In this interview, ArtiMinds Managing Director Sven Schmidt-Rohr tells lookKIT author Ekart Kinkel how a good idea is turned into a running enterprise and how he and his fellow founders got out of their startup’s chicken-or-egg situation.

lookKIT: Since its establishment, ArtiMinds has grown continuously. Meanwhile, your company already has 65 employees and you just rented additional office space in the Karlsruhe Technology Park to set the course for further expansion. Still, you said that you will wait for another five years before you will make a statement as to whether your company has successfully asserted its position on the market. Is this realism or pessimism?

Sven Schmidt-Rohr: “Business at our company is certainly running much better than at other companies. But at the time our company was established, I said that I will make a resume after ten years at the earliest. Only after such a long time is it possible in our industry to say whether a startup has established itself on the market or is merely drifting along. Economic success is achieved only if you have reached a certain minimum size.”

lookKIT: Are you satisfied with your company’s development so far?

Sven Schmidt-Rohr: “This depends. Making our product mature took longer than planned, which is why we 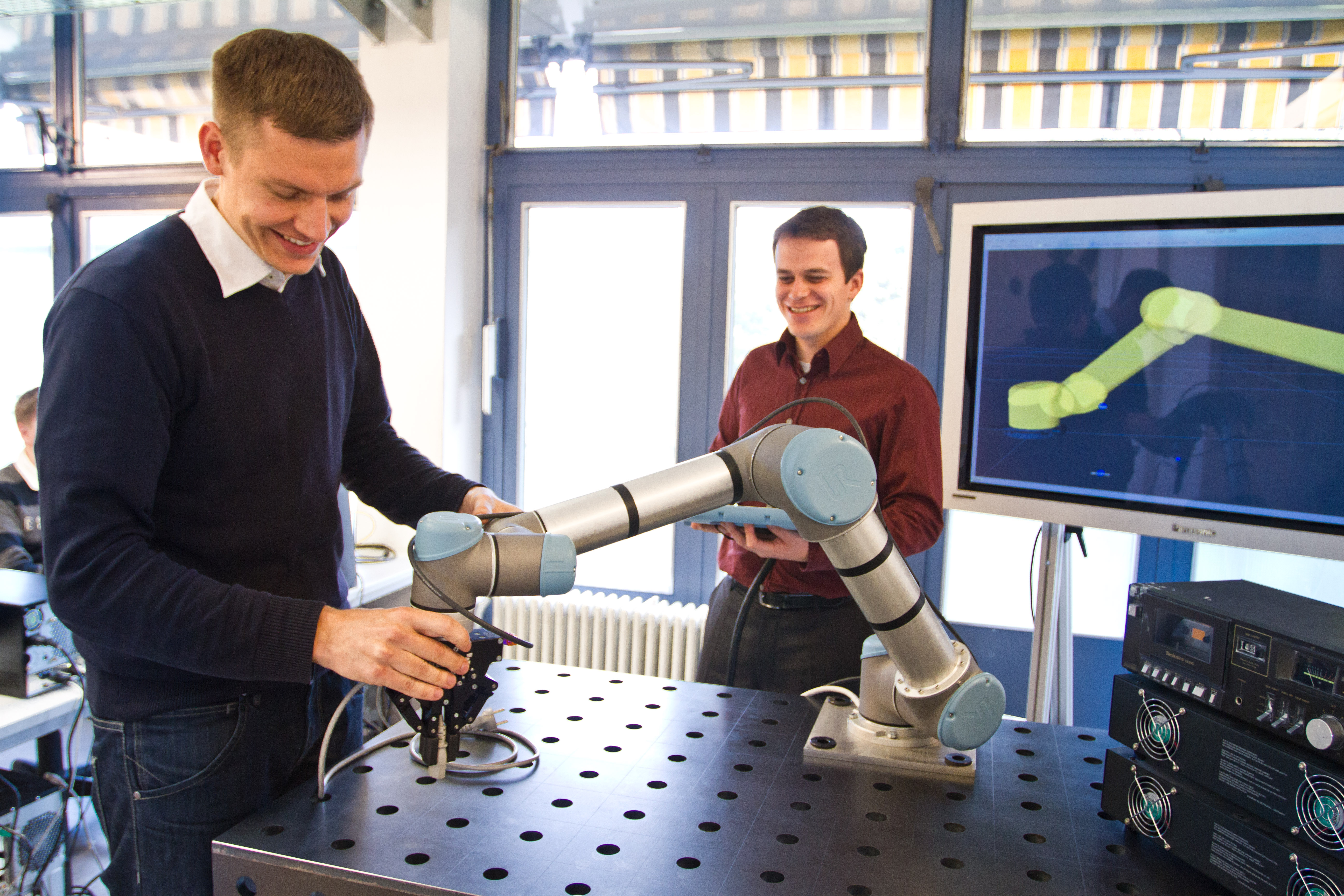 hardly did any business in the first two years. Since our market entry, however, things have proceeded faster than expected and, at the moment, we are even exceeding our initial prognoses. The most difficult thing in our industry certainly is to win the first clients. This is a question of trust. Most companies only want to buy something that has already been tested. This is a chicken-egg problem most startups in the Industry 4.0 segment have to cope with. Unfortunately, quite a few startups turn out to be flops on the market and cannot fulfill their own promises. We, however, have overcome this phase. If we were permitted to publish our references, many people would be surprised. Among our clients are big names from Germany and the US as well as some medium-sized hidden champions. If you present this list to clients, products can be sold much easier. Here, the problem is confidentiality!”

lookKIT: What was the door opener for ArtiMinds’ entry on the market?

Sven Schmidt-Rohr: “At that time, collaboration with Siemens was very helpful. And after some time, we just reached a critical mass of clients. But we knew from the very beginning what the market needs, and our product description today is about the same as that in our first proposal for an Exist Startup Grant.”

lookKIT: The software of ArtiMinds helps use industry robots with a relatively small programming expenditure and an intuitive operation that is far more flexible than before. In spite of the complex algorithms, this does not sound complicated. Why did it take so long to get industry interested in this idea?

Sven Schmidt-Rohr: “Very many things in industry depend on emotions. In the very beginning, we had no one with very close contacts to industry. And sometimes, the industry’s problems in responding to new ideas are just irrational.”

lookKIT: Is German industry missing opportunities by its reluctant introduction of digital applications?

Sven Schmidt-Rohr: “Definitely yes. In my opinion, production all over the world has not yet adequately addressed the topic of software. Software can be run in entirely different ways and often is developed in an iterative process. In hardware development, the focus is on perfection right from the start. In software development, by contrast, smaller errors can hardly be prevented. But these errors can be eliminated quickly by an update via the network. This culture has not yet spread widely in industry. But software has a constantly increasing share in the chain of values added. Consequently, companies will adopt this principle and will have an advantage in competition in an increasingly digitized production sector over a short or longer term.”

lookKIT: Before you became entrepreneurs, you and the other two ArtiMinds founders already worked on the development of smart robots at KIT’s Institute for Anthropomatics and Robotics. There, software developers and robot designers have always cooperated closely. Does this interdisciplinary approach still come off badly in industry? 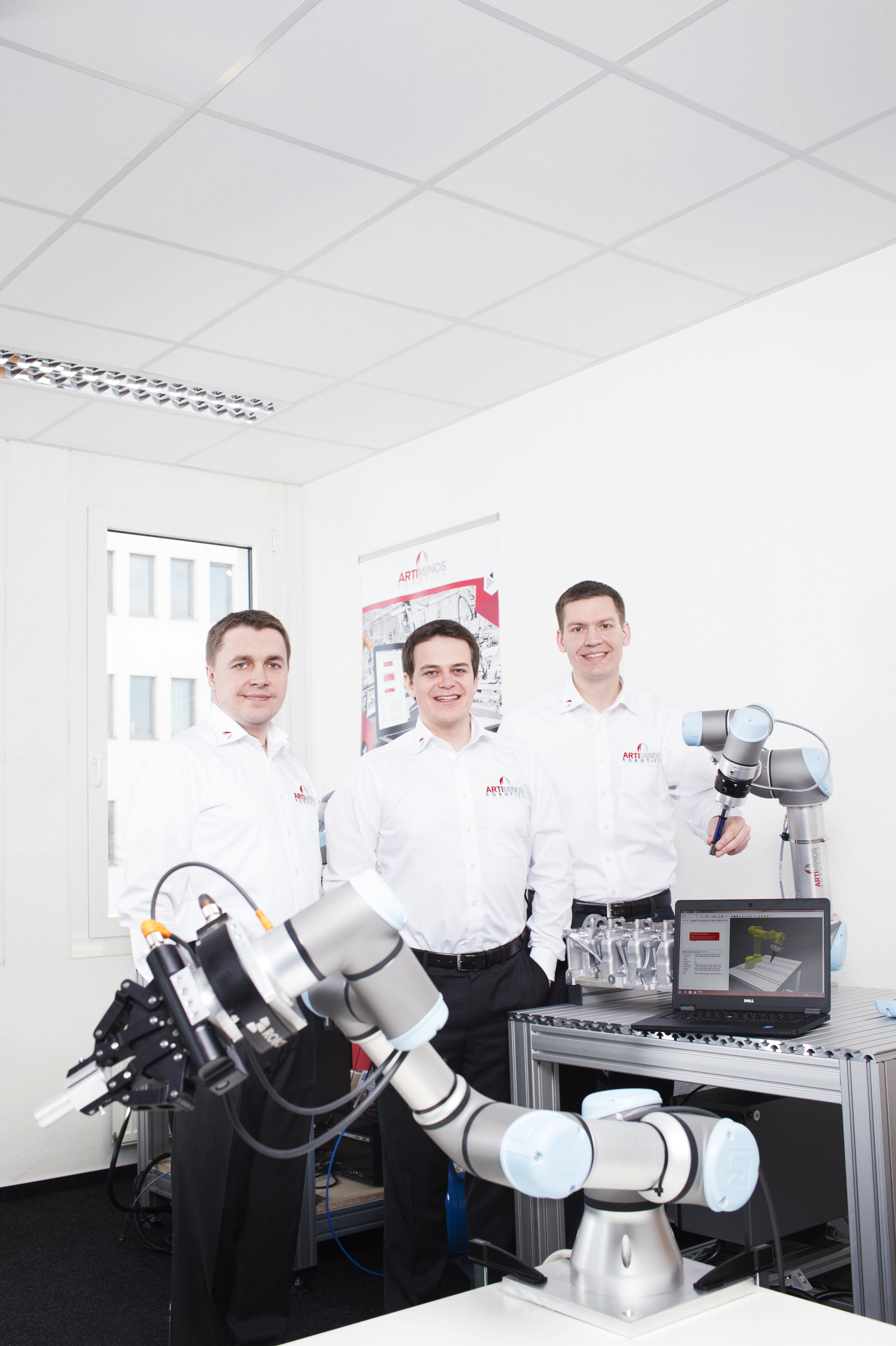 Sven Schmidt-Rohr: “Yes. Our company was established by three computer scientists. This was okay in the beginning, but then we had to rethink. As we wanted to penetrate production in all its depth, we established a department with electrical and mechatronics engineers. Now, our structure is much more interdisciplinary in character. Most of our clients, however, will have to think in the other direction and to pay more attention to IT in the future. Actually, production industry as a whole should have more balance between engineering sciences and IT.”

lookKIT: And how long will such a structural change take in your opinion?

Sven Schmidt-Rohr: “That is difficult to say. Some will change quickly and be successful. Others will not be that quick, yet survive. And the remaining third will presumably die.”

lookKIT: Baden-Württemberg is one of the most important locations for classical mechanical engineering. But the automotive industry in particular is being accused of hanging on to the status quo. Do we lack the courage for trend-setting innovations?

Sven Schmidt-Rohr: “In our experience, this is not a local problem. Meanwhile, we have clients in 18 countries and everywhere, the search for competent partners is equally difficult. This phenomenon probably has to do more with the industry rather than with geography. In the US, the mindsets of people from industrial production and people from IT in Silicon Valley differ even more significantly than in Germany. And also in Asia, attention is paid to operational safety first of all. A halt in production is a catastrophe for many companies. Consequently, people are rather sceptical of innovations. But once you have broken the first wall, you will expand quickly.”

lookKIT: And with which products will ArtiMinds break this wall in the future?

Sven Schmidt-Rohr: “We are constantly working on expanding our product range and still have to do much developmental work to support new cameras and grippers. Our main product, the Robot Programming Suite (RPS), is designed mainly for the commissioning of machines. During the operation of a robot, however, modifications might be needed as well. The workpieces delivered might vary slightly or the floor covering in the production hall might have changed. Operating robots that can see and feel is rather tricky. For this, we will need tools, such as our new software Learning & Analytics for Robots (LAR). For the central analysis function, we use a database, in which all working steps and movements are stored. In case of anomalies, e.g. when drilling a hole, the software automatically proposes optimization options to the engineers. Much more artificial intelligence is used in this case, than in our previous products.”

Sven Schmidt-Rohr: “Definitely, yes. But other locations also are pushing forward and Karlsruhe has to take care that it does not fall behind in the competition for the best minds. Karlsruhe still is far ahead in terms of applications. Cooperation between startups and the KIT is very good and thanks to the many students, there are all sorts of trained and qualified people.”

lookKIT: Are you afraid to lose your innovative capability in the treadmill of growth and profitability?

Sven Schmidt-Rohr: “This is a question of organization. And that is why the company’s strengths have to be strengthened and deficiencies have to be eliminated while an enterprise is growing. This is the art of entrepreneurship. Within the first five years, only few companies manage to develop another completely new product, as we did it with LAR. I do not see any relevant competitors among the companies that are on the market already. But a new startup pursuing a fantastic new approach may always emerge. And such an enterprise can raise the pressure in the segment. Smart robots certainly will remain our core business. But they will change considerably in future and we will have to stay innovative. Otherwise, even ArtiMinds would not survive.”